Auto Analyser Racing was formed in 2005 and has been on the charge ever since. 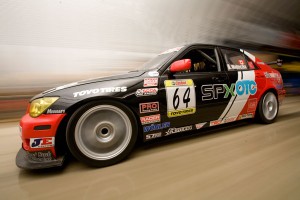 Starting off with a championship win in the Super GT category of the Ontario Touring/GT championship in the Auto Analyser Racing built Porsche 944 Turbo. 2005 also marked the start of an excellent relationship with PRO Fuels, whose unleaded racing fuels powered the Auto Analyser Racing Porsche to numerous race victories. 2006 marked a change for the team, developing two Lexus IS300’s to compete in the highly competitive Super Touring class in the Ontario Touring championship.

While competing in the Speed World Challenge Championship during the 2007 season the team was forced to use Sunoco 98 race fuel due to series regulations however with the team entering the Castrol Canadian Touring Car Championship for 2008, PRO Fuels have once again powered Auto Analyser Racing to two victories and numerous podium finishes.

This entry was posted in Team News. Bookmark the permalink.